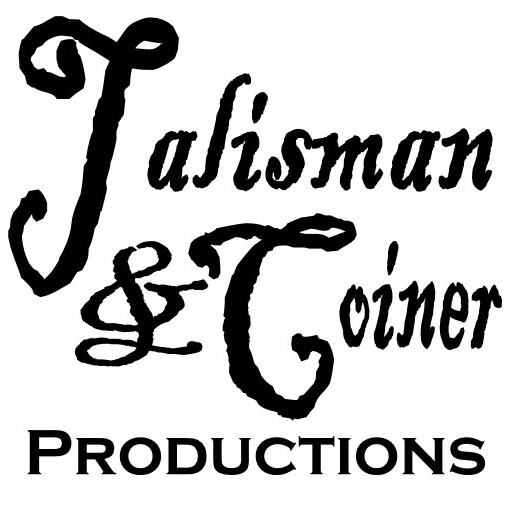 A New Saga “The Furious Flight of the Confederate Treasure Train”

NEWS FROM THE PUBLISHER!

What a year this has been for us all…the Pandemic has kept us “chained to our desks” more than ever before, so without participating in coin shows and giving presentations, we invested time in more reading…going down more “research rabbit holes” …which led, in turn, to developing many more stories, each with their own twists-and-turns and memorable personalities. As a result, Money, Mayhem & Might has now become a 2-volume set, with the first Saga called “The Furious Flight of the Confederate Treasure Train — or — Where Did All the Southern Dough Go?”

Please Read On..please click here coiner@talisman-coiner-productions.com if you have any questions, or special bulk orders… 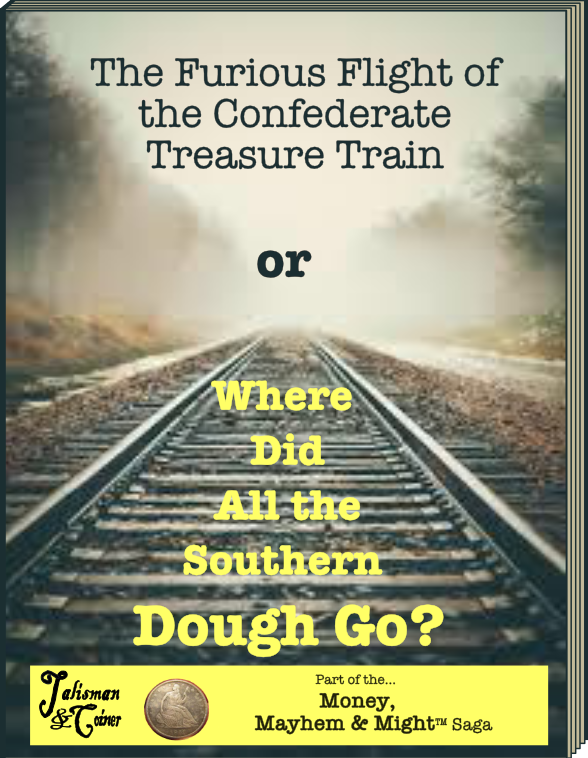 Where Did all the Dough Go?

The Furious Flight of the Confederate Treasure Train is a turbulent ride — a blend of forensic accounting (“Where did all the Southern Dough Go”), riveting accounts of money on the move after the fall of Richmond (“Follow the Money”), titillating tales of “Confederate Gold” being strewn, purloined or buried in South Carolina and Georgia as the Treasure Train rattled along, and finally how the Confederacy itself dissolves all around the “Train” by the time it is captured by the Union forces in Washington City, Georgia. 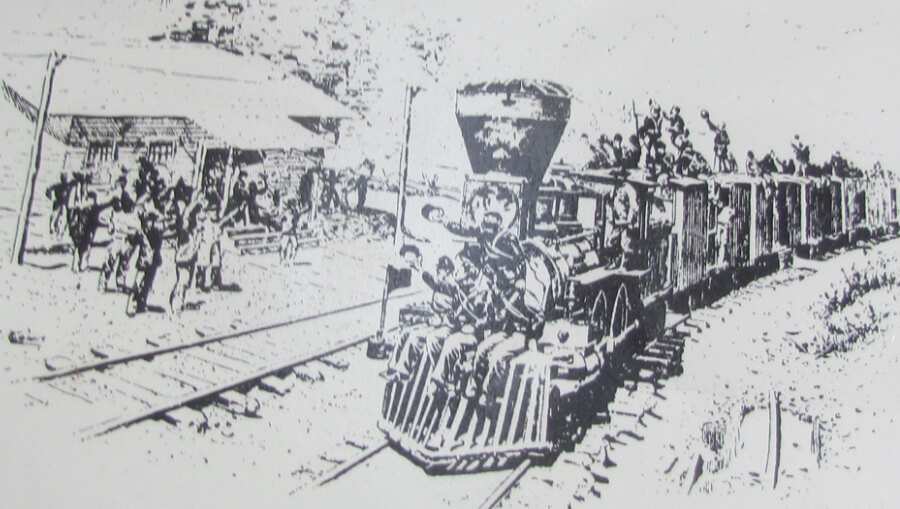 “The Furious Flight…” also weaves together a kind of “Treasure Train Travelogue” — following the Treasure Train’s trajectory as the money on-board and the exiled Confederate Government roll on southward — destination unknown — describing the exploits as it passed through Danville, VA to Charlotte, NC, onto Chesterville, SC and then to Abbeville, SC (where many local rumors once abounded about the Richmond Bank Gold), across a pontoon bridge that once crossed the Savannah River over to the now-submerged town of Petersburg, GA — and then followed a convuluted path (by wagon train and rail line) that went from Washington City GA to Union Point GA (on the way to Macon — a pathway that was abandoned) and circling around to Augusta, GA and back to Abbeville, SC and finally — the “end of the line” for the Confederate money — trudging back to Washington City, GA. We also contrasted the towns as they were in 1865 and today — some have flourished and grown enormously – and some have remained much as they were, at least size-wise. (Perhaps that is itself a hint as to where the “Confederate Gold” went!)

(President Davis, on the other hand, with his separate entourage, was arrested in Irwinville, GA, 200 miles to the south a few days later…there he lost his special fifty-cent Confederate piece — which we call his “talisman” — when it was confiscated upon his arrest.)

“The Furious Flight…” sheds light on how dire the circumstances became for the Confederate leadership when the Confederacy was collapsing literally all along the path that the Confederate Treasure Train was taking from April to May of 1865. And we shed fresh light on the perilous relationship between the “Depository Banks” from Richmond, the State of Virginia and the War Department of the Confederate Government — as hundreds of thousands of dollars in gold hung in the balance as the Train made its way from Danville, VA south. $300,000 of bank-issued gold was earmarked for General Robert E. Lee — but he surrendered while the Train was in Danville and the whole game of the money’s custody changed and stakes rose as to how to handle the Richmond Bank “Trove.”

Confederate paper currency and bonds go up in smoke; not one — but two — major heists of gold from Richmond banks takes place; Cabinet members get money bags to tote gold “in case they make it to foreign shores…” As they reach the “end of the line” in Washington City and finally Irwinville, Georgia, it becomes an “every man, woman and child for themselves” situation!! Several leaders went into exile overseas, each taking some gold along. Other leaders, such as George Trenholm, were accused of pillaging the Treasury … and spent some time in jail. And most simply were arrested and immediately paroled, and then headed home to live in peace … including General Lee himself.

Order the Book Today … and enjoy your Ride on the 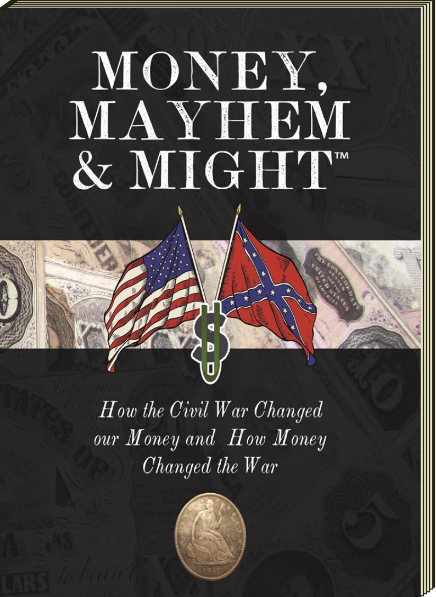