(contents and order of the chapters are subject to modifications) 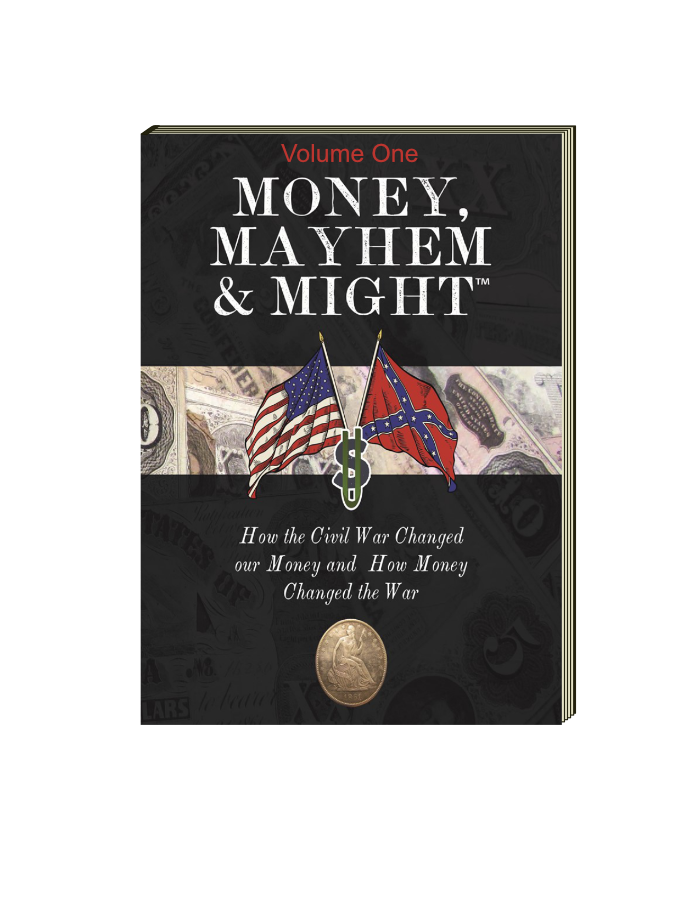 Visit the Table of Contents

No Small Change – – Part One

Financing the Sinews of War

A Tale of Two Halves – (Two Half Dollars, that is!)

The Confederate States dollar was first issued just before the outbreak of the American Civil War by the newly formed Confederacy. It was not backed by hard assets, but simply by a promise to pay the bearer after the war, on the prospect of Southern victory and independence.¹

VOLUME ONE is scheduled for a December 2020 release!

VOLUME TWO is slated for release in early 2021!

BUY EACH SEPARATELY, OR AS A COMBINATION OF THE TWO!

As the war began to tilt against the Confederates, confidence in the currency diminished, and the government inflated the currency by continuing to print the unbacked banknotes. By the end of 1863, the Confederate dollar (or “Greyback”, to distinguish it from the then-new “Greenback” paper US dollar, which was likewise put into circulation during the war) was quoted at just six cents in gold, and fell further still.²

Visit the Table of Contents

Gold Mines in the South Back in the Day

Such a Parcel of Rogues (in a nation) 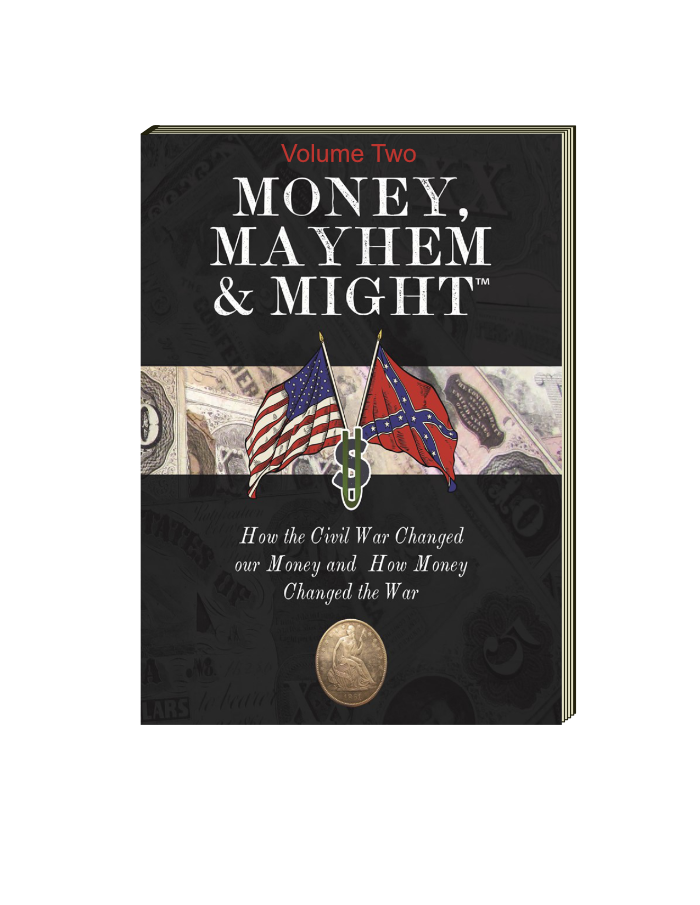